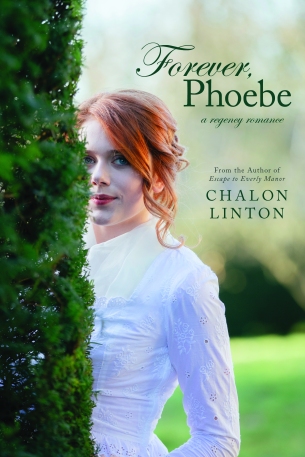 At the dignified age of eighteen, Phoebe Jamison knows she should behave in a manner befitting her station, as her three loving elder brothers often tease. Unfortunately, the lively young woman has a personality every bit as fiery as her red hair, a fact brought to her attention in the criticism from the gentleman she has long pined for. But not every man is of the opinion that a woman should be decorous above all else. The newest resident of Somerset, Mr. Franklin Everly, is considered a most eligible bachelor, and he is immediately drawn to Phoebe’s spirited nature as he becomes acquainted with the delightful Jamison siblings of Primly Park.

Franklin embarks on a friendship with Phoebe that quickly deepens into a warm and thrilling connection. But even as he fights for Phoebe’s attentions, a very real danger is revealed: girls in neighboring villages have gone missing, and the kidnapper is moving ever closer to Primly Park. Despite the guard of her fiercely protective brothers and Franklin, Phoebe must rely on her own strength when she finds herself in the sights of the Bride Snatcher. 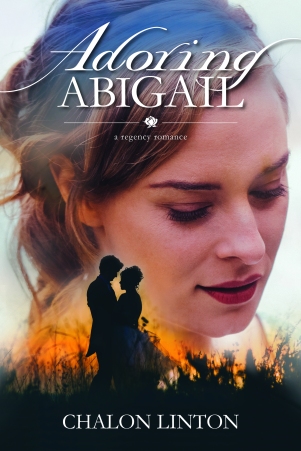 Captain Robert Wilkins has never aspired to grandeur. So when the returned war hero unexpectedly inherits the vast estate of Cattersley from his great-aunt, he feels woefully inadequate in his new role. Out of place in his lavish surroundings, his first glimmer of hope comes when he happens upon a lovely trespasser in his gardens.

Words have never come easily for Abigail Rutherford, and she prefers the solitude of exploring the gardens at the neighboring country estate to engaging in uncomfortable conversation. But when she unexpectedly encounters Captain Robert Wilkins in her place of solace, she is surprised at the immediate ease she feels in his presence. Soon her brightest moments are those spent with the captain. But even as their friendship grows into something more, outside forces have other plans for the two. Mr. Mead, the handsome vicar, has also taken a liking to the quiet and timid Abigail—and he will stop at nothing to ensure she becomes his wife. 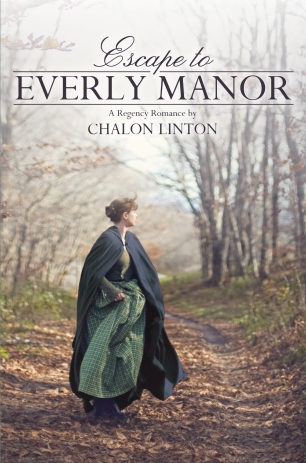 Nineteen-year-old Lizzy and her young brother, Thomas, find themselves orphaned after a tragic accident claims the lives of their parents. Their estranged Uncle Cline arrives to claim his inheritance, and his roguish ways cast a shadow over the manor. Both the family estate and guardianship of his niece and nephew were left to him, and diabolical Uncle Cline is determined to indulge in his newfound wealth and rid himself of his charges. Desperate to save her brother from a dangerous life at sea, and herself from being married off to a detestable old gentleman, Lizzy knows there is only one choice left—they must run.

Lizzy and Thomas sneak away and find refuge in an abandoned cabin. There they remain hidden until fate acquaints Lizzy with Mr. Barton, a charming gentleman who is immediately intrigued by the mysterious young woman. Concealing her identity, Lizzy is unaware that there is much more to this compassionate man than meets the eye. Through his kindness to herself and her brother, Lizzy begins to trust him. Soon Lizzy realizes Mr. Barton may be her best hope for a life in which she can live—and love—as she chooses.

Love and Joy Come to You by Jennifer Moore 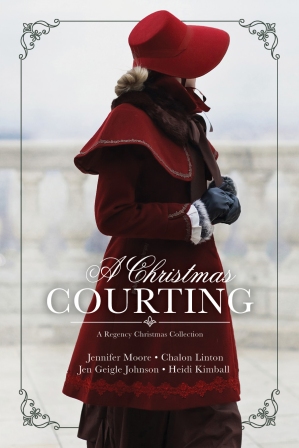 Lord Covington has planned a quiet holiday with his grieving mother but finds his plans rudely disrupted when lovely Cassie Weatherby and her young siblings are invited for Christmas. Despite his reservations, however, he begins to recognize in Cassie a kindred spirit.

A Christmas Courting by Chalon Linton
When obligations keep her in London, Keturah Hensley sadly anticipates missing the festivity of Christmas at her family’s country home and the company of her best friend, Christopher Shepherd. When she learns that Christopher will be joining her family in London for Christmas, she is delighted–but her elation is short-lived. Christopher is coming to Town to court the woman of his dreams, and Keturah fears she may have lost the chance to win his love.

Mistletoe Memories by Jen Geigle Johnson
From childhood, Patrick, Duke of Montrose, knew he’d found his perfect match in Lady Alice Tarrington. When he’s sent on a grand tour, Patrick is confident he’ll marry his sweetheart upon his return. But when he receives word that Alice is to marry another, will he be too late to claim her heart?
Second-Chance Christmas by Heidi Kimball
Francie and Gerard have been friends since childhood, but their friendship ended when she declined his heartfelt proposal of marriage. However, when her interactions with Gerard’s holiday houseguests provoke in Francie unexpected jealousy, she realizes she must fight for Gerard’s affections or risk losing him forever. 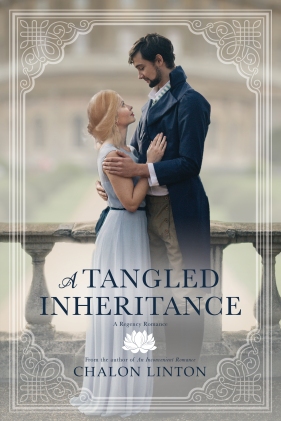 Nora Ellsworth, darling of London society, has her choice of eligible suitors, but since childhood, she has been expected to marry Jonathan Browning, a gentleman whose wealth and stability will someday secure the futures of Nora and her mother and sister. The family estate will pass to an odious male cousin upon the death of Nora’s father, and when he suddenly takes ill, her need to marry well becomes vitally important.

As Nora struggles with the idea of marrying without love, she finds herself increasingly drawn to Devlin Fausett, a man with dark eyes and intriguing conversation. But Devlin’s reputation as an indebted gambler is difficult to ignore. Despite the rumors from the ton and the marriage decision before her, Nora is determined to befriend the dashing Mr. Fausett, and his charms soon make it all but impossible to remember her duty. Until she learns the truth of her fortune. There is a way to keep her family’s estate, but the price is high: Nora must wed, as soon as possible. Torn between two very different men, she must make the ultimate decision. Will she be guided by her head or her heart? 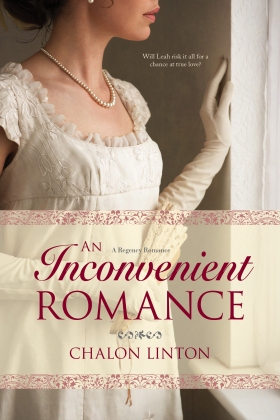 The countryside of England provided an idyllic backdrop for Charles Brumley’s and Leah Hastings’s childhood. Neighbors and best friends, the pair passed many happy days racing through the rolling hills of Derbyshire. Everything was perfect until Charles ruined it all and abandoned Leah for university.

Six years later, the former friends are thrust into each other’s paths once more. Leah had been looking forward to the ball, an opportunity to further her acquaintance with the handsome Captain Wilkins but when she sees Charles’s familiar face through the crowd, her traitorous heart leaps.

Charles faces his own struggle: he has loved Leah since he was fifteen years old, yet it seems he is too late it appears that her affections are otherwise engaged. As the pair tentatively renews their friendship, the spark between them is undeniable.

After so many years apart, Leah endeavors to reconcile her feelings toward her once cherished companion. But when a conniving rival for Charles’s attention approaches Leah, the threat is clear: give up her association with Charles, or a devastating secret about her family will be revealed. Faced with an impossible decision, Leah must make a choice the ruin of her family or the ruin of her heart? 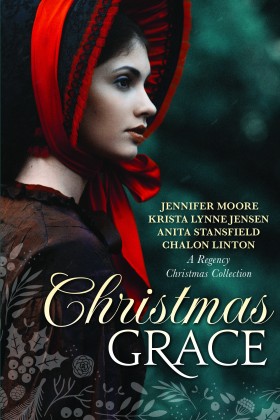 Christmas at Canterwood by Krista Lynn Jensen A charming new governess is determined to create a magical Christmas for her young charges. What follows is a season of warmth, laughter, and even the promise of an unanticipated love.

Winter Angel by Anita Stansfield For generations, one small London bakery has carried on the sweet tradition of delivering bread to the impoverished. When the lovely baker meets a down-on-his luck stranger, her kindness will open the door to a bright friendship—and an astonishing discovery.

Christmas Grace by Chalon Linton After suffering a heartbreaking loss, one woman returns home to honor the family tradition of staging a Christmas celebration for the surrounding village. But when a severe snowstorm hinders her plans, help—and hope—find her in the most unexpected of ways.